What is Speeding Ticket and its Consequences

We are sure you must have heard about; “speeding thrills but kills”. Speeding is considered an infraction or misdemeanor depending on the laws in your state. Every year almost 42 million speeding tickets are issued in the USA.

Speeding leads to more than 9 thousand deaths every year in our country. And it is one of the most common traffic violation tickets that almost every driver gets at least once in their lifetime.

This blog is written to resolve all the confusion around speeding tickets, its fine, and laws. Keep reading till the end you will know everything about the ticket, important speeding ticket statistics, and its consequences.

What is a Speeding Ticket?

A speeding ticket is used to describe a traffic violation by the driver in which he or she exceeds the lawful driving speed of the state or city. In simple terms; it is a type of traffic violation ticket that a police officer gives when you get caught for over speeding.

Every state has its own rules for speeding violations. In some states, you will get a written citation only and in some, you will have to pay a monetary fine.

Drivers are trying to understand the difference between citation and ticket. There are a lot of confusions and myths about citations and speeding tickets. Some drivers get a citation while others get a ticket for over speeding. More than 112,000 citations are issued every year. More or less both are the same and are often used interchangeably. The ticket is used in a casual way while the citation is used in a legal way.

Is a Speeding Ticket a Misdemeanor?

In most situations, a speeding ticket is considered an infraction so only points will be added to your record. But there are some scenarios where a driver commits speeding offenses like driving at 36 mph in a 20 mph zone. In those scenarios, it will be considered a misdemeanor. There are some states that also count speeding as a felony.

In this case the driver might be at or below speed limit but still unsafe for others. But the officer will have to prove why you were unsafe in that area at that speed.

Presumed speed limit is a bit complex to understand for common citizens like us. In easy terms; if an officer believes that your speed was not suitable to the conditions at that time then you will get a speeding ticket.

We keep saying that speeding tickets and speeding laws vary from state to state. We know it can be confusing and frustrating sometimes to understand why you get a lower fine in one place and higher in another.

To help you understand this; we have created a list of all the states in our country along with the speeding tickets fines and average full coverage insurance rates:

Now let’s talk about the consequences you will have to face with a speeding ticket.

What Happens if You Don’t Pay an Out of State Speeding Ticket?

Out of state speeding ticket is issued when you cross the speed limit in a state where you do not live and also where you don’t have a valid registration. We can understand that you might be thinking about ignoring that ticket as the police in your city know nothing about it.

But it is not true. Most of the states issue a report of speeding tickets recorded in their state to the DMVs of other states. Also, there are chances that an arrest warrant might get issued on your name for ignoring the ticket for a longer time.

Can I Negotiate A Speeding Ticket?

If a prosecutor is there in the court then you can talk to him or her and explain your situation. The end result depends on the prosecutor.

If the prosecutor is not present then you can try to negotiate with the citing officer. Try to convince the officer for a deal that involves guilt for a less serious offense.

What Is The Cost Of Insurance After A Speeding Ticket?

On average; the car insurance rates increase by 34% after we get a speeding ticket. Again this can vary from state to state so this can be less than 30% in your state and more than 35% in another state.

The same goes for companies; car insurance rates can also vary from company to company. Each company has its own way of calculating the rates and it can change for each driver. As a result; it is always advisable to check the rates before making any decision.

Can You Get a Speeding Ticket Dismissed?

How Long Does a Speeding Ticket Stay on Your Record?

Most of the states have a points system to check the driving eligibility of a driver. For every traffic law violation, a driver is assigned demerit points. These points are allotted based on several factors in every case.

A higher number of points leads to consequences like suspension of license. Talking about the effect of these points on the record; every state has its own laws for it. Generally, a point stays for almost 3 to 5 years on a record. In some states, it can be more than 5 years and in some states, traffic tickets stay on the record even if the points are removed over time.

How To Lower Insurance After Speeding Ticket?

We all need several policies like homeowners insurance, life insurance, and auto insurance. When we decide to buy all these policies from one company we become an important and loyal customer for them. This leads to lower car insurance rates.

The most expensive speeding ticket ever issued is $290,000 to a Swedish driver. So if you are thinking that you might get only a few hundred bucks fine then you are wrong. And the consequences of speeding tickets are worse than the fine.

Are you looking for affordable car insurance rates after a speeding ticket? We are here for you! Get in touch with us today and we will help you to get a list of all the top car insurance companies in your state that can provide cheap rates to you. 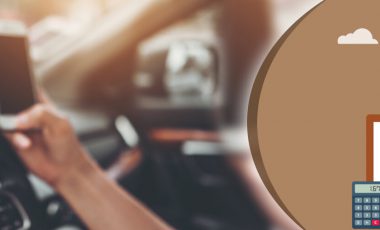 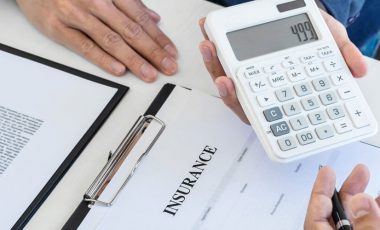 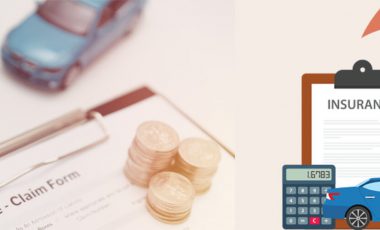 Average Car Insurance Cost in 2023: Everything You Need To Know